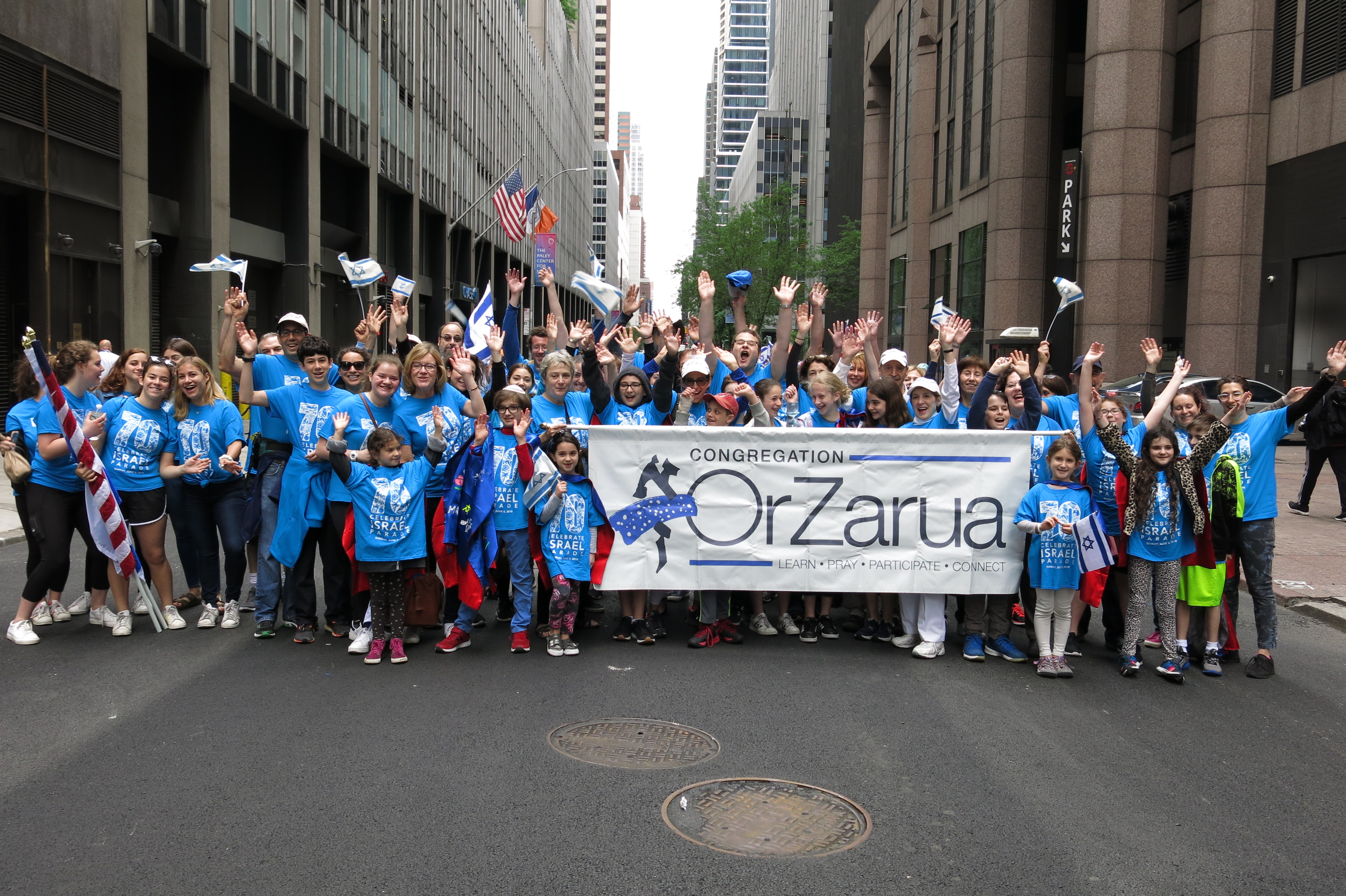 Or Zarua has a strong commitment to the State of Israel. In order to deepen our connection with  Israel and, we hope, will inspire, educate, and engage others to support Israel, we have begun offer programming called Kesher Israel. The Hebrew word “kesher” means linkage or connection, and hints at connecting Jewish people to their heritage and to one another.

We feature a wide array of activities including film screenings, Israel advocacy on campus sessions, and our annual attendance as the Salute to Israel Parade.

Israel’s Contributions to the World
As part of our ‘kesher’ or connection with Israel, we thought it would be helpful to highlight weekly some of Israel’s more recent contributions to the world, and hope you will share our pride in Israel:

Old City Sites, Lanes Now Accessible for Travelers in Wheelchairs
After a 9-year renovation project, disabled tourists can access most of Jerusalem’s famous attractions. Streets and alleyways used to be impassable by wheelchair. In 2010 the Jerusalem Development Authority spent twenty million shekels ($5.7 million) so that nine years later, 60 percent of the byways in the Old City’s Christian, Muslim and Armenian Quarters are wheelchair accessible. And these are 90 percent of the area where accessibility is possible. Work continues on the additional 10 percent.

Accessibility Information: it is possible to rent a golf cart that starts out at Jaffa Gate
It goes everywhere that a wheelchair can and costs NIS 350 an hour. For information call 972 54 953-6331, or in Israel: 054 953-6331. Maps of accessible routes are available for free at the official tourist information center at Jaffa Gate. For traveling on your own, you can also use a new app called Accessible JLM (in 9 languages), and/or take a guided tour of accessible sites called Vocal Tours in Jerusalem. Both are free and available on play stores and app stores.

Rare 1,400-year-old Iron Hammer Found by Family at Sanhedrin Site
Volunteers at excavations at Western Galilee’s Usha uncover previously unknown blacksmith industry, an addition to impressive glassworks already found there. The Western Galilee’s Usha was a Jewish settlement from circa 135 CE when the Sanhedrin, or rabbinical court, moved there from Yavne, where it had initially settled after the fall of the Second Temple. From the second century CE to circa the sixth – the middle of the Byzantine era – generations of Jews lived at Usha.

Resources
As part of our “kesher” or connection with Israel, these websites/organizations provide knowledge about current developments in Israeli culture, environment, healthcare, etc. as well as the general issue of anti-Semitism/anti-Zionism and in particular on the college campus: