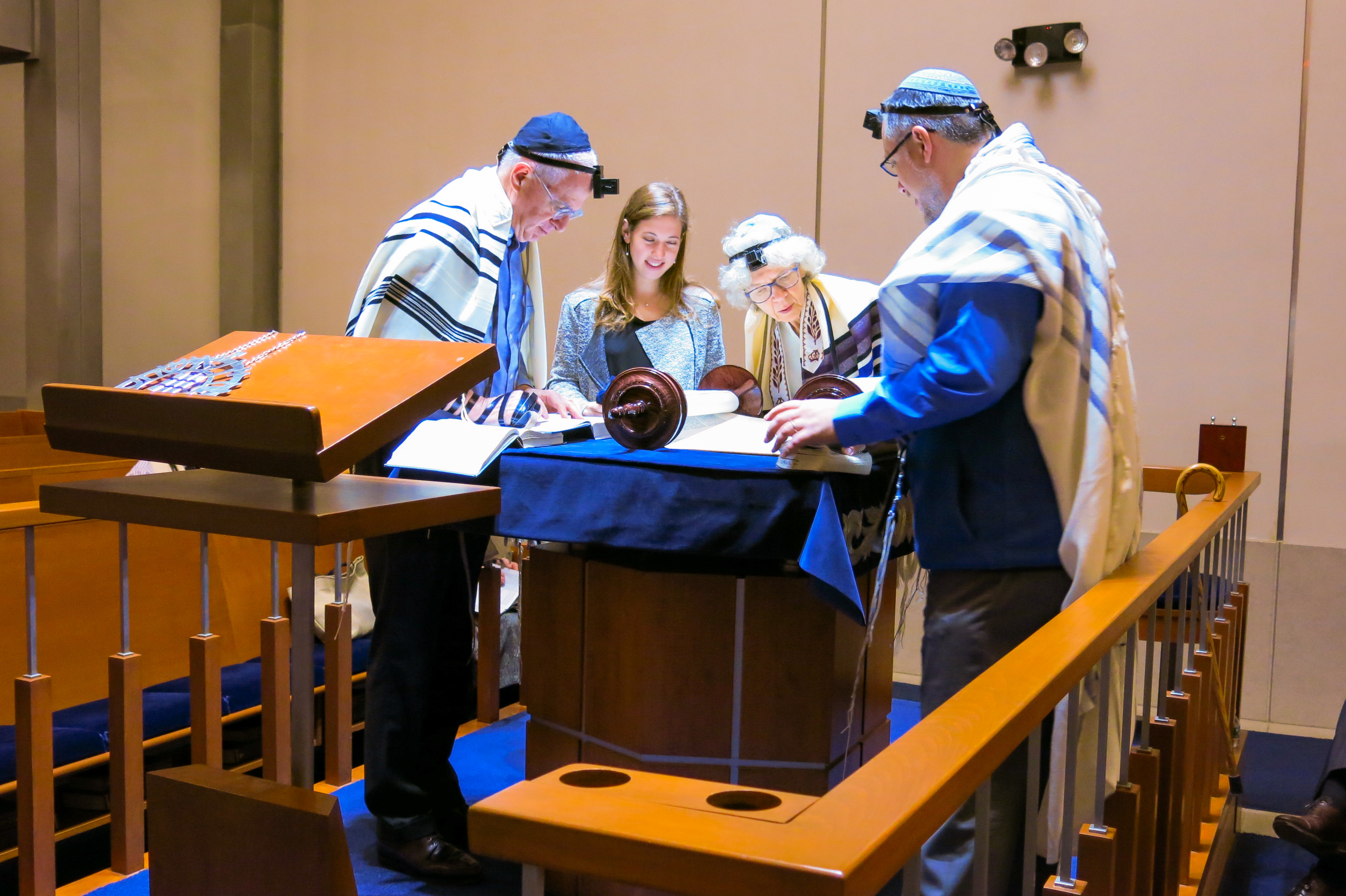 You are here: Home » Core Ideas

There are seven “Core Ideas” that have determined so much of what goes on at Or Zarua. The first three are well known. The remaining four, though less a part of our religious vocabulary, are equally as important.

These ideas work in a dynamic relationship with each other. Let me illustrate:

The study of Torah is a central concern of the Avodah (Worship). That is to say that our religious services contain Torah study in addition to the structure that is normally associated with them. As a result, the sermon, usually conceived of as a comment on issues of the day from the rabbi’s perspective, is, instead, a teaching of the Torah (Dvar Torah). That teaching is to be authentic – that is to say, based on classical sources.

As well, Or Zarua has been committed, from the very first service, to a complete reading of the Torah. In many (if not most) Conservative congregations in America, only one-third of the weekly reading is read. We vowed never to do that and to make it possible always to hear the entire reading; that is the only way that it can be understood. For example, if each parashah is read so that only the first third is read this year and the second third next year, anyone who follows the reading from week to week knows that it makes no sense!

Reading of Torah is not a formality or a token; it is the center of the community’s life. That is why the bimah is located in the center of our sanctuary, placing the Torah reading in the community’s center. Similarly, when we constructed the building, we made sure that every seat had a sight line to the reader’s stand, again putting Torah at the center.

The religious services of Or Zarua are traditional because we were seeking authenticity in religious worship. When we discussed, early on, whether to include English in the service, one of our thoughtful founders said: “That’s not authentic. When I come to the service, I want to know that I am coming to a real service, not a service designed for people who don’t know. I don’t know Hebrew, therefore you have to teach me. Bring me up to the service. Don’t bring the service down to my knowledge. I am here to grow.” I’ve never forgotten those words.

We wanted the service to be participatory so that it would be neither pompous nor entertaining. We forbade musical instrumentation for the same reasons. It also brought us closer to the authenticity of the Ashkenazi rite: plainer and focused on praying people. We were fortunate to have people who could lead and we felt that lay leadership would result in a more serious experience than professional leadership. The leader faces the ark because the service is not enter-tainment but worship.

Our prayers proceed more slowly than the services in other communities. This allows people to follow even if they ?nd the service to be dif?cult. Also, no one will ever think that prayer is done by rote. You need time to think when you pray, and that is what should be going on at Or Zarua.

Lest we concentrate too much on ourselves, we felt we had to take a stand with and for the community, gentiles and Jews. Our first communal projects were related to the resettlement of Soviet Jews in New York. For years we have run a weekly program for formerly homeless people on the Upper East Side. Similarly, we took to heart the immediate economic problems of this past winter and developed a major campaign to raise funds for Met Council. We repeated that campaign this year. In hard times, Or Zarua is easing the burden of those who would otherwise suffer.

The Congregation began, as well, with a complete commitment to the support of the State of Israel. During the second Intifada, Or Zarua, among the smallest of congregations, sent the largest contingent on a UJA mission of any congregation in America. To us it didn’t seem so large, just that everyone else stayed home. And that is why, as rabbi, I have made it a policy not to criticize the State, even if I disagree with its policies. My approach has been, while predictable, aimed at supporting the Jews who, as a result of their democratic state, have decided on the policies that work best for them. Marching every year in the Israel Day Parade, Or Zarua has stood steadfastly by the Jewish State.

I have already said much about this. I would like to extend this a little further, though, by saying that authenticity also involves intellectual integrity. There are other “authentic” services around. We have striven to combine that with intellectual rigor and integrity. Hopefully that is reflected in everything we do, from services to programming.

5. Men and women have equal access to all roles in synagogue life including ritual

Or Zarua, while being “traditional,” has been radically modern in the involvement of women in all aspects of synagogue life. Most congregations that include women in ritual roles are liberal in their worship policies and Torah readings. Or Zarua is nearly unique in providing a traditional environment where women who wish to participate in leadership are fully welcome to do so.

We put it this way: we wanted to be as small as we could be and yet still pay the bills. There needed to be a small alternative in New York; a Conservative steibel, as it has sometimes been termed. There are limitations to being small, but the benefits are unique. By building in a plot 25 feet wide, we committed ourselves to this small size.

Many of us have felt that synagogues in America frequently suffer from an overdose of pretension and formality (not the same thing). We wanted to create an ambience that is honest and unpretentious. Simple is good, both in the way things look and in the way they are embellished during ritual. Simple is good because people don’t need pomposity to be happy. Simple leaves room for what really counts. Meaning is found in honesty and focusing our communal energy on the tasks at hand, on Torah, Avodah, and Gemilut Hasadim.

I review these core values not because I think that a new generation must follow them without thinking, but so that a new generation will review them and try to see what motivated a group of dedicated Jews to found a new Congregation and to see it grow and contribute to life in our city and in our times. It is my hope that what has worked so well will continue to be the basis of future growth and future creativity for those who will follow us.