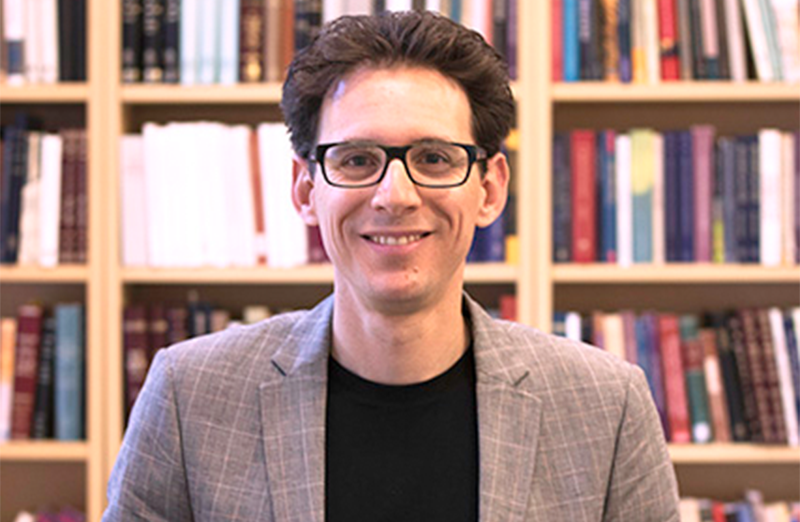 On two Thursday evenings in March, we will have the opportunity to convene again as a Zoom learning community for successive lectures by (married) professors Jessica Cooperman and Hartley Lachter. Joining us from the beautiful Lehigh Valley, Drs. Cooperman and Lachter will reexamine historical strategies of expressing and navigating Jewishness in challenging settings, both medieval and modern.

On March 11, Dr. Hartley Lachter, Chair of the Department of Religion Studies, Philip and Muriel Berman Chair in Jewish Studies, and director of the Berman Center for Jewish Studies at Lehigh University, whose scholarly focus is medieval Jewish mysticism, will give a lecture entitled What Can Kabbalah Teach Us About Jewish History? Kabbalah in the Middle Ages is often imagined as Judaism’s best kept secret, known only to a small elite. But an examination of kabbalistic sources reveals that Kabbalah was a very public form of Jewish knowledge. In fact, kabbalistic texts, including the famous Sefer ha-Zohar, addressed all of the pressing social and political issues facing Jews in their daily lives. In particular, Kabbalah provided medieval Jews with a way of understanding national trauma and historical misfortune as, secretly, steps on the path to Jewish redemption. Most importantly for Jews in Western Europe, Kabbalah responded to negative Christian depictions of Jews and Jewish disempowerment. The creativity of medieval kabbalists became a vital part of the legacy of how Jews have created their own historical narrative.

Dr. Lachter’s scholarly work explores how medieval Jewish-Christian debates, as well as disruptive moments of violence and forced conversion, shaped Jewish mystical literature. He is the author of Kabbalistic Revolution: Reimagining Judaism in Medieval Spain (Rutgers University Press 2014). His lecture will explore what kabbalistic texts can teach us about how Jews understood Jewish history—especially moments of crisis and setback—and how Kabbalah served as a form of resistance literature for many pre-modern Jews.