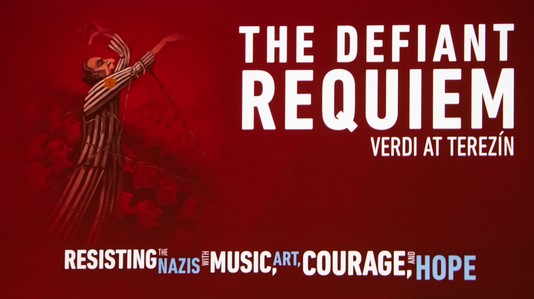 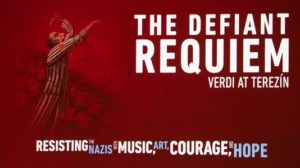 Join Zoom Meeting​​
Meeting ID: 910 7791 9705 Password: 613​
One tap mobile: +16465588656,,91077919705#,,#,613#
Landline Phone: 646 558 8656 (use meeting ID and password, above)
We will conduct an online remembrance ceremony with kindling of memorial lights, poetry, and an El Maleh for remembering our loved ones. After the rituals we will hear a brief introduction to the film “Defiant Requiem” provided by Maestro Murry Sidlin, the President and Creative Director of the Defiant Requiem Foundation, and the creator of the “Defiant Requiem” concert/drama performance.
“Defiant Requiem” is a Documentary Film Honoring the Prisoners of Terezín. It was nominated for two 2014 Documentary Emmy Awards. During the oppressive days of World War II in 1942, the Nazis established a unique ghetto/ concentration camp outside Prague in an old army garrison known as Terezín, which the Germans renamed Theresienstadt. It was unlike any other Nazi concentration camp: the Nazis used the site to perpetuate an elaborate scheme to deceive the world into believing that they were treating prisoners humanely. The truth is that Terezín served as a brutal camp where thousands died of malnutrition and disease. If you were lucky enough to survive Terezín, your ultimate destination was Auschwitz.
Defiant Requiem is a documentary film which illuminates the extraordinary, untold story of the brave acts of resistance by the Jewish prisoners at Terezín and has been shown worldwide in classrooms and with private organizations to starkly confront the evils of historic and contemporary anti-Semitism.