In her talk, Professor Hayes traces the evolution of scriptural and legal authority in Jewish intellectual history. She will show that the Talmudic rabbis construed divine law in ways that would forever distinguish classical Judaism from Hellenistic and Christian conceptions, in an ancient debate that continues to shape and inform the foundations of Western thought. 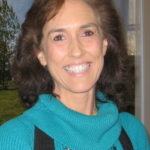 Christine Hayes is Robert F. and Patricia R. Weis Professor of Religious Studies in Classical Judaica. Before joining the Yale faculty in 1996, she was Assistant Professor of Hebrew Studies in the Department of Near Eastern Studies at Princeton University for three years. Her published works include several books and many articles in Vetus Testamentum, The Journal for the Study of Judaism, The Harvard Theological Review, and various scholarly anthologies.

Hayes’s most recent book, What’s Divine about Divine Law? Early Perspectives, received the 2015 National Jewish Book Award in Scholarship, a 2016 PROSE award for best book in Theology and Religious Studies from the American Publishers Association, and the 2016 Jordan Schnitzer Award from the Association of Jewish Studies. Her other scholarly monographs are Between the Babylonian and Palestinian Talmuds (recipient of the 1997 Salo Baron prize for a first book in Jewish thought and literature) and Gentile Impurities and Jewish Identities: Intermarriage and Conversion from the Bible to the Talmud (a 2003 National Jewish Book Award finalist). She has authored two introductory volumes (The Emergence of Judaism [2010] and Introduction to the Bible [2012]). Edited works include Jewish Law and its Interactions with other Legal Systems (2014) and a Cambridge Companion to Judaism and Law (2017) as well as forthcoming volumes on rabbinic culture and history. Read more here.